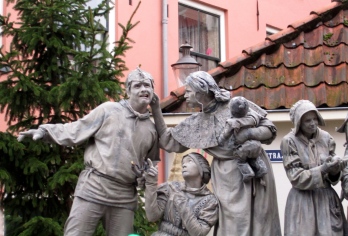 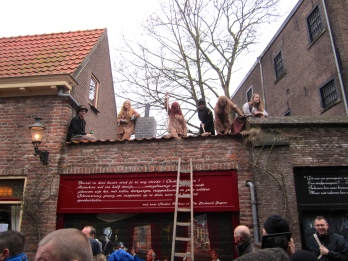 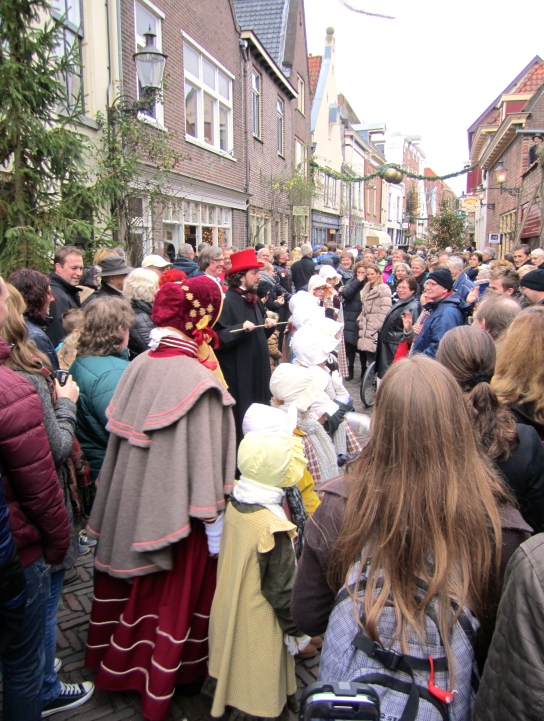 When we first arrived in the Netherlands, Manon asked her aunt, who loves to travel, what her favorite city was. We were surprised when she mentioned Deventer, a medium sized town about an hour away from the German border. Last year*, we decided to go to the Dickens Festijn, a Christmas market and festival for Charles Dickens held every year. Every year, 150,000 visitors converge on this relatively small town of 100,000 over one weekend – this year it’s this weekend (Dec. 19 – 20) to watch about 1,000 performers dress up as either a character in one of Dickens’ books, or a random English character from 19th century. The website mentioned that people could wait an hour and a half to get into the town. Part of me wanted to go just to figure out why it was so popular.

People appear to flock to it because of the spectacle, not because they are Charles Dickens fanatics. The event is also a clever way to compete with the Christmas markets in Germany. All the characters are represented, Mrs. Haversom, Pip, Scrooge as well as carolers, town drunks (in character, of course), hecklers, and vagabonds. There are street vendors yelling out delightfully strange English phrases such as “Sausage on a bread!” (broodje worst) and “very nice pancakes!”

If you can handle crowds, are a Dickens fan (although this isn’t a requirement), or are just looking for something different/offbeat to do this weekend – you may want to check out the Dickens Festijn. If you detest crowds and the fest doesn’t appeal to you, Deventer is still a great day-trip. It’s a charming, medieval town with great shopping, and fun bars and restaurants.

*Why am I writing about the Dickens Festijn now, when we went last year? Last year, I wanted to do everything Christmas-y, so we went to Cologne, and attended Gouda by Kaarslicht, and by the time it came to the Dickens Festijn, I Could. Not. Write. Another. Thing. About. Christmas.